BIPV Building Integrated PV (PV or Photovoltaic) is a technology that integrates solar power (photovoltaic) products into a building. BIPV is a modern material that replaces traditional materials as part of the building structure and also incorporates photovoltaic (PV) modules for electricity or heat generation. In recent years, BIPV materials have been commonly used in some buildings. Building envelopes, such as roofs, skylights or facades. Global solar (PV) production capacity has increased 40-fold in the 10 years to 2014 and significant growth in solar PV capacity is expected to continue over the next 20 years. 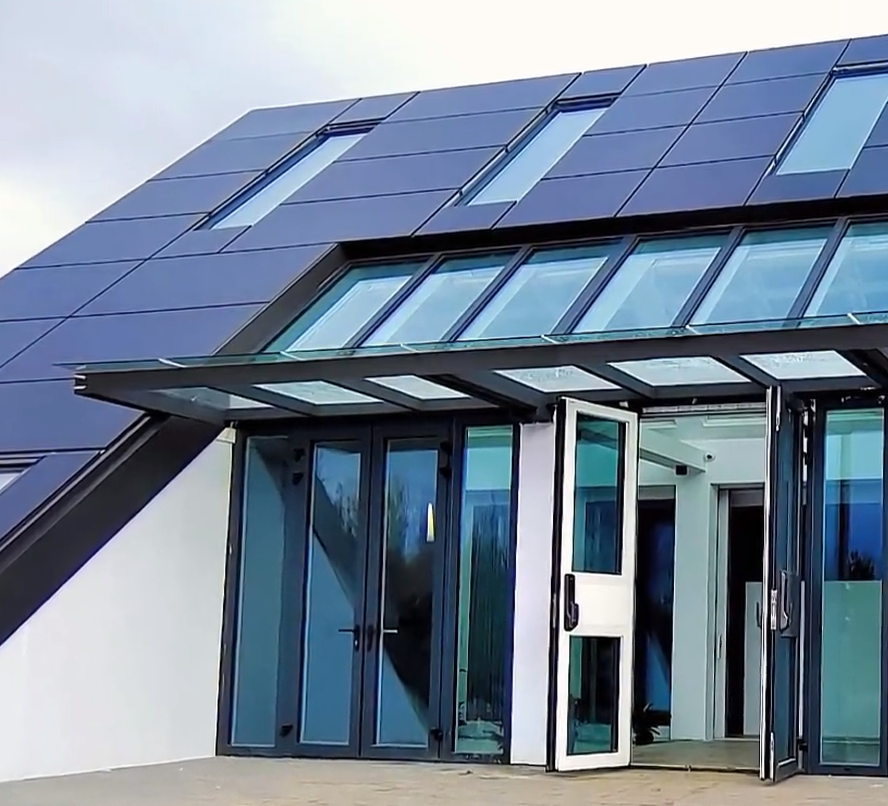 BIPV - integration of building and photovoltaics

BIPV is a photovoltaic system that is integrated into the building and can be used as a stand-alone power source or as a grid-connected supply When the system is involved in grid connection, it can be used without batteries. However, an installation with the grid is required and grid-connected power generation is the new trend in solar applications today. The PV modules are installed on the roof or external wall of the building and the lead end is connected to the public grid via a controller needed to supply power to the PV array and the grid in parallel to the user, which makes up a grid-connected solar system.

(1) Green energy. BIPV produces green energy, is the application of solar power generation, will not pollute the environment. Solar energy is the cleanest and free of charge, and there are no ecological side effects in its exploitation. It is also a renewable energy source that is inexhaustible.

(2) It does not take up land. BIPV are generally installed on unused rooftops or external walls and do not take up additional land, which is particularly important for urban buildings where land is expensive; summer is the peak season for electricity consumption, which also coincides with the period of maximum sunshine and the period when the PV system generates the most power, which can play a peaking role for the power grid.

(3) Solar photovoltaic building-integrated technology uses grid-connected photovoltaic systems, BIPV do not need to be equipped with batteries, saving investment and are not limited by the state of battery charge, and can make full use of the power emitted by the solar system.

It can be said that BIPV is suitable for most buildings, such as solar roofs, curtain walls, canopies and other forms can be installed.

Solar Tiles Roof : 1) they can be installed at or near the best angle, so they can generate maximum or greater power; 2) they can use standard PV modules, with good performance and low cost; 3) they do not conflict with the function of the building; 4) they have the lowest or low cost of PV power generation, and are one of the preferred installation options for PV systems.

Solar curtain wall:solar curtain wall to meet the BIPV requirements: in addition to power generation function, to meet all the functional requirements of the curtain wall: including external maintenance, transparency, mechanics, aesthetics, security, etc., high component costs, PV performance is low; to design, construction and installation with the building at the same time, PV system engineering progress by the overall progress of the building constraints; PV array deviates from the best installation angle, low output power; power generation High cost; enhance the social value for the building and bring the effect of green concept. 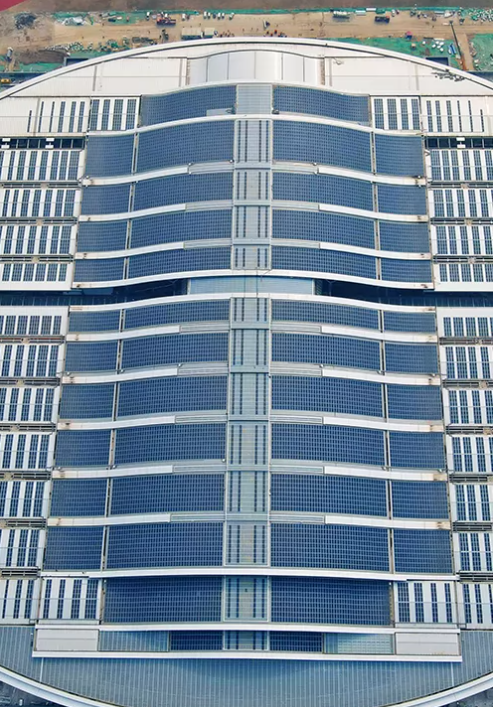